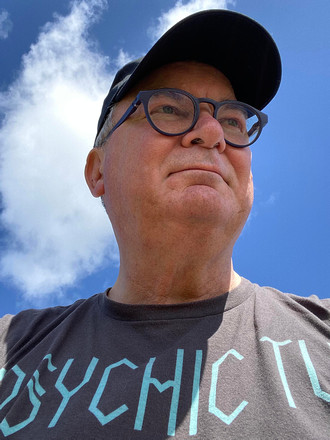 A photographer with a musical history stemming from an initial interest in rock music before transitioning to the punk movement and beyond, Jonathan Crabb has developed an engagement with the evolving presentation of  musicians within the experimental field.
Jonathan’s work documents a core developing group of significant autonomous musicians.experimental performers are no longer depicted as just a part of the musical landscape, but are establishing a unique genre all for themselves. In developing his appreciation of the strong voice they bring to contemporary music, Jonathan has attempted to capture this within both their performance and physical presence.
Jonathan documents the personal interrelationship between the physical act of performing and the emotional resonance this creates. As both an outsider in regards to creating music, but immersed within its appreciation, this affords him a particular viewpoint in which to photograph. It is important within his work that he documents lesser-known artists who he feels have so much to contribute to the experimental music scene. He sees his work both as photographer and documentarist of an important, emerging music genre. A genre which is constantly reshaping itself against a challenging contemporary context where many face challenges, and specifically in regards to his work, the danger of being subjected to a reductionist phenomenon.